A weekend recap... on a Tuesday night

Yes, I'm recapping the weekend today. I realize its a little late for that, but I was so tired from my weekend that I fell asleep on the couch at 7:30 last night. I'm turning 31 this weekend (gag), but seriously, some days I feel like a much older person!!! Anyway, this past weekend was incredibly busy. Sunday, I joined thousands of people at the Taste of Tremont.I don't know what it is, but I swear that every year the Taste seems like THE HOTTEST DAY of the year. This year the Taste was a little different for me. I kicked off the event with a 2-hour volunteer spot at the Secondhand Mutts booth where I chaperoned the SUPERCUTE Frida Marie (she's still available for adoption btw. She's really cute and sweet, but she is a puppy and has puppy energy. She'd make a great addition to an active home that has the time to take her to obedience school to help her focus).

Anyway, after my shift, I made my way over to our usual spot on the Flying Monkey Patio, where I got the one and only thing I ate at Taste, the PBLT at Dim and Den Sum. Yes, I fully recognize I could have gotten this at any time, but I was REALLY craving a PBLT.

Saturday, I took the pups for a long walk, and ran some errands, before I RAN the Winking Lizard Shot in the Dark 2-mile race. I know its only 2 miles, really not that big a deal, but honestly, I've run maybe 10 times ALL YEAR!! Needless to say, I hurt BAD all day Sunday and Monday. Saturday evening N and I headed over to the Wolstein to watch the Burning River Roller Girls in action, and cheer own our very own Rolling Pin-Up Lulu, who just so happened to be celebrating her birthday. The night continued with drinks at Garage Bar, fun times with friends, and late-night Gyros at Nikos Greek Grille (don't ask. I was REALLY hungry). 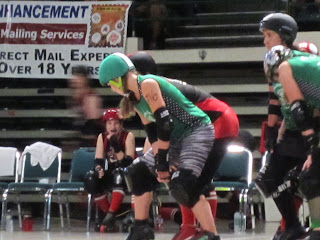 Lulu in the Zebra pants. I can't even tell you how much admiration I have for these ladies!! They KICK ASS!! 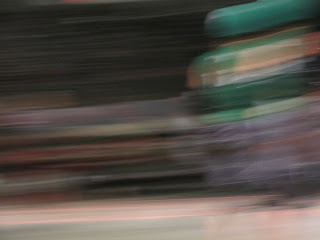 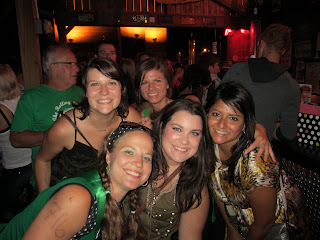 Sara, AJP, Lulu, JV, and me!
Which brings me to Friday night. N and I headed over to the Ingenuity Fest Speakeasy, an event we absolutely LUUURVED last year. This year, not so much. And I'm not sure it had to do with the event itself, I think it had more to do with the numbers of people. This year was not as well attended as last year, and that made it less fun. I think part of it has to do with the fact that us Clevelander's may be suffering from a touch of event fatigue. There have been so many FABULOUS events this year, and I end every weekend absolutely exhausted. I guess this is where Cleveland's relatively small population is a negative: you can't always fill an event! On the plus side, there were WAAY more people in costume this year, so people-watching was way more fun! 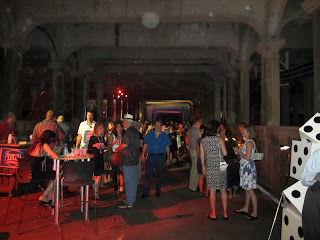 There would've been way more people in this picture last year. 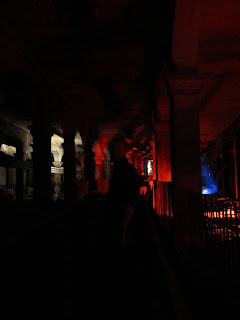 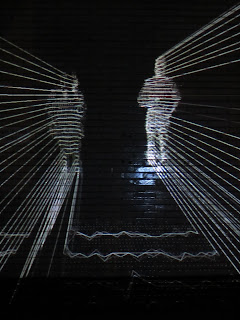 N and I on some 3D plotter thing. This was really cool. 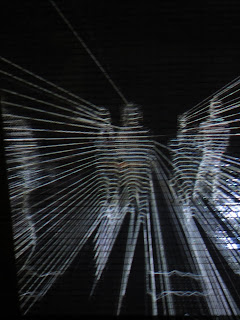 We were joined by more people!!! Who also thought it was cool!! 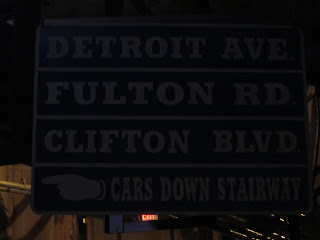 Old Subway sign. This would look awesome in my house btw. *sigh* 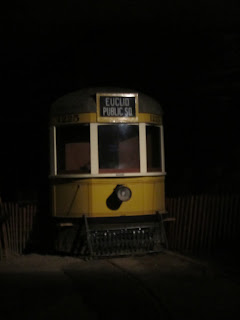 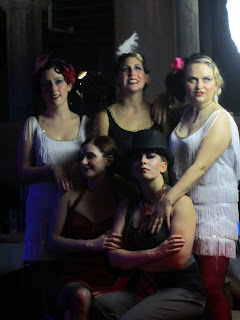 I really hope that you attend Ingenuity Fest this year! They had the whole bridge open for this last year, and since its a September event, I'm hoping there's no event fatigue this time around. If for nothing else, come for the VIEW!! Look how fabulous!!! 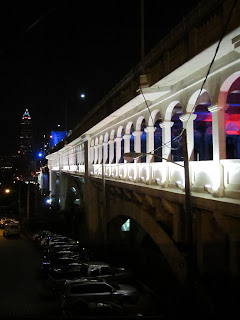 I LURVE CLEVELAND!!!
Posted by CLEshopaholic at 9:25 PM

Email ThisBlogThis!Share to TwitterShare to FacebookShare to Pinterest
Labels: all the cool kids are doing it, ilurveCleveland, unique

I completely missed Ingenuity but made it to Taste of Tremont. Sounds like we both had a busy weekend.

Great job with doing Shot in the Dark!! It by far was one of the hottest races I did this year but one of the most fun :)

I was out of town this year and sad I missed it. Funny it was less crowded....last year it even poured outside!