This past Thursday, N & I joined Allison and Nadine to see MUSE perform at the Q. It was my first time seeing MUSE live, and I have say WOW!! I was completely blown away!! I've watched MUSE perform on various awards shows, and they've always been great, but nothing compared to a full concert. 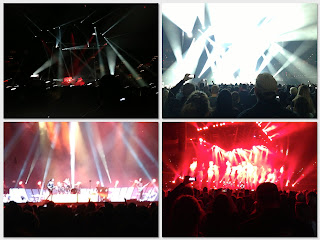 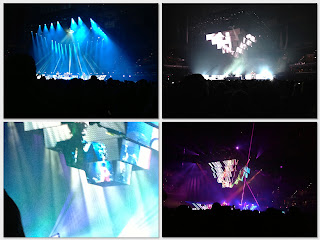 Friday, Sara, N and I headed out to The Cleveland Museum of Art to attend its MIX event. If you haven't been to MIX event, you really should check them out. Each event is very different, but they're ALL a lot of fun. This month's event focussed on the Pompeii exhibit, and included live interactive performance art, which included use of the escalators! 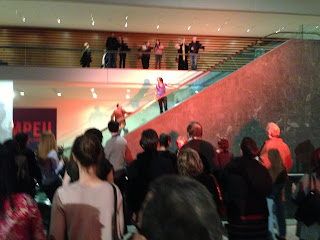 While the actors paraded around with foam swords, we somehow ended up in a riveting discussion on most underrated actors... 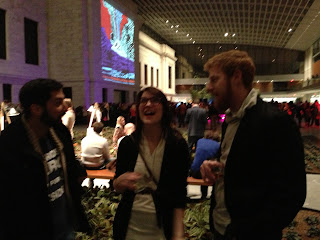 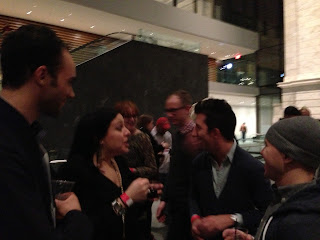 As you can see, it was a VERY animated discussion, and some of our nominees included Philip Seymour Hoffman, Paul Giamatti, Ed Norton... while we debated the merits of our respective choices and energetically argued against others, we suddenly realized that it was past 10 pm, the Pompeii exhibit was closed, and we were being ushered out of the museum.

And so the night ended in our kitchen, with wine and Doritos, and squeals of laughter over goats. 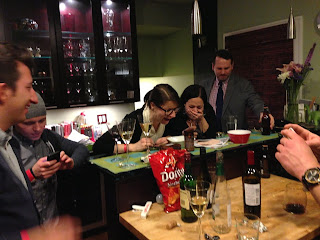 Seriously, if you have not watched this video, you are missing out!!

Sunday was another low key day- brunch, laundry, more puppy walks and play time, and snuggles on the couch while we watched Argo (seriously, I was stressed out the ENTIRE time!! I can't imagine that the whole hostage crisis actually happened, and more so that it STILL happens across the world!!! SO CRAZY AND SCARY!!!)

Email ThisBlogThis!Share to TwitterShare to FacebookShare to Pinterest
Labels: concerts, Fun in Cleveland, fun things to do in Cleveland, ilurvemusic, museums, weekend

Sounds like a great weekend! Randomly, I was watching that goat video on Friday night as well...it is too funny.

Have you seen the Miley Cyrus goat video? I didn't think anything could top the Taylor one until I saw that!!