Here's a little feature that I will call: Things you will see in Mumbai that you probably won't see in Cleveland.

Exhibit 1: Ceiling Fans in the bathroom. I think this is an absolute genius idea, and granted, Clevelanders would only use it for 4 months out of the year, but it would be an awesome bathroom amenity for those 4 months. 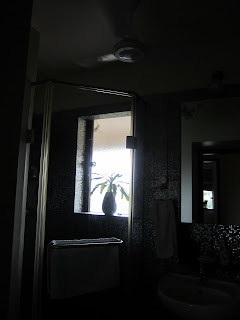 Exhibit 2: Cows on the sidewalk. The term Holy Cow comes from India, and as a sacred being, the cow is allowed to roam pretty much undisturbed wherever she pleases. 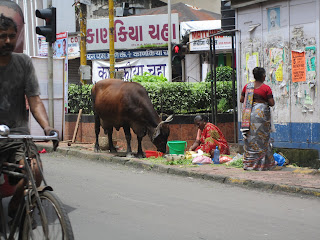 Day 1 in Mumbai is typically my day of relaxation and jet-lag recovery. It usually involves a FABULOUS mani-pedi at a posh hotel spa for a whopping price of $30!! Of course this is a premium to the more normal, non-posh mani-pedi cost which is usually under $15 ("Maintenance" is so much more affordable in Mumbai!!!).  On the way to my appointment, I took a few pictures to give you a glimpse at the city...

If you lived in Mumbai, you would do shop for fruits and veggies at a series of stores like this: 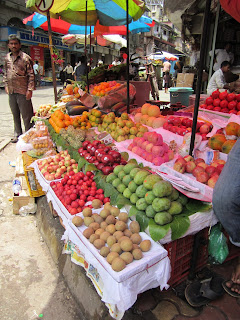 Its monsoon season in Mumbai- ominous clouds rolling in over the Arabian Sea with part of the skyline in the distance. Its rained on and off in the past 18 or so hours that I've been here, but its usually a short sharp shower, followed by general cloudiness. It is however, VERY humid!!!! My fading Brazilian blowout is no match for this crazy humidity!! 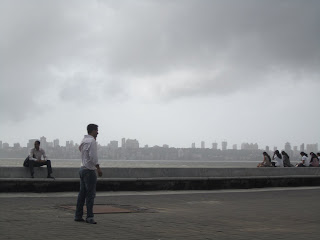 Tonight I'm having quiet dinner at home with my parents and my grandma, and hopefully getting to sleep at a normal bedtime in an effort to erase my jet-lag induced dark circles and bags under my eyes!!!
Posted by CLEshopaholic at 9:35 AM

Happy you made it safe! Miss you already!!

So fun! Sounds like you're having a wonderful trip so far! Tell you parents hello!

Say hi to your parents and grandma for me!! Loving the pics...sad you won't be there when I will though :(