It is a well-know fact that I have impossibly high standards for Indian food. Having grown up in Mumbai, once gets used to a certain standard, and until lately, Cleveland has fallen woefully short. If the food is good, then the decor is awful (read: everything is covered in plastic), and if the decor is acceptable, then the food is all wrong.

I have 2 basic standards of judgement*: chicken tikka and naan. Chicken tikka should be juicy, served simply on a plate, with a size of green chutney, red onion and lime. Naan should be flaky, have air bubbles, and should be buttered at request so it comes out all glossy and buttery. If you've got these 2 pieces right, then you've got a great thing going. And at most places in Cleveland, at least one of two things go wrong.

I say this all as a preface to say that when I stepped into Choolah this past weekend, I had very low expectations. And I'm happy to say that I was blown away. Now, the thing about Choolah is that is focuses on Indian BBQ (in clay ovens called a tandoor), so its not a full Indian menu, but they do the tandoori food very well. 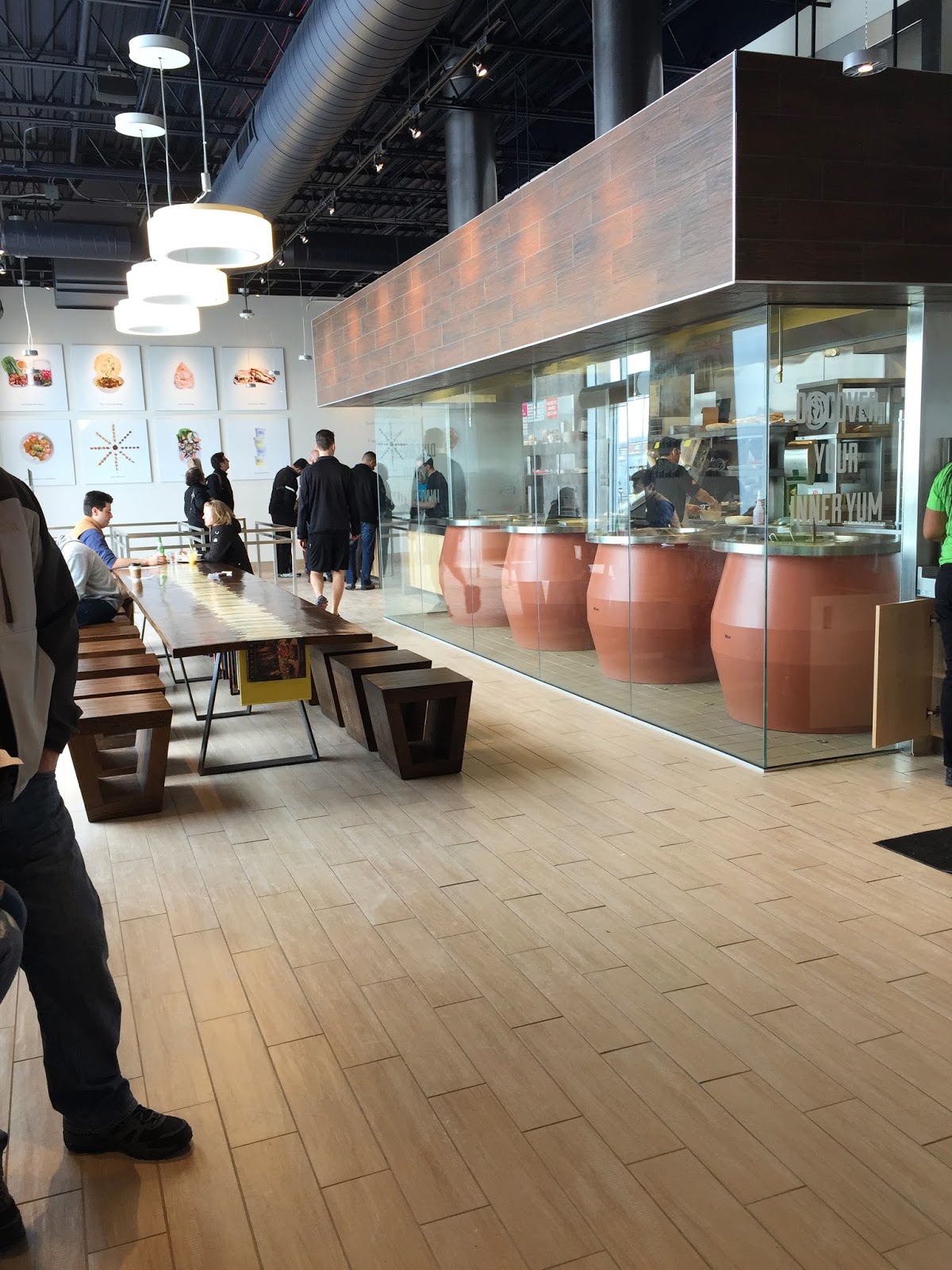 I ordered the Chicken tikka masala bowl-- the chicken tikka is served on a bed of rice, with the "masala" on the side. Also included is a side of green chutney, which is very nicely spiced but not spicy. I ordered a naan on the side as well as an order of samosas. I LOVED the chicken tikka - perfectly spiced (contrary to what you might think, tikka's are not really spicy) and juicy, and the masala sauce also had a really nice flavor and texture. The samosas were delicious and served with the same green chutney. I didn't ask for the hot sauce, but it is available on request if you want your food hotter. The only downside was the naan-- butter naan did not appear to be an option, and the naan was really close-- almost there. There was a difference in texture, but it might just be US flour vs. Indian flour. The decor was lovely and light and modern, and the 4 tandoors were up front and center so you could see exactly how your food was cooked!

Overall, a great experience, and one that I will certainly go back for! My only request is that they open a second west-side location because I'm about 45 minutes away, and when an Indian girl needs a fix of Indian food, she needs it to be closer!!! So all you east-siders, I'm officially jealous!!!


*Note that this standard only applies to northern Indian food-- I have different standard for South Indian food which I will get to at another time.
Posted by CLEshopaholic at 8:56 PM