One of my favorite things about working is downtown Cleveland is the wide variety of lunch options. Now, I don't eat out every day, but when I do, I have some favorites. And then sometimes, I prefer to just explore. Last week, my friend Erika and I explored Flaming Ice Cube on Public Square.

Flaming Ice Cube has been around for a while, and offers a vegan menu. I might have lost you at vegan, but I urge you to hang on until the end of the post. I'm certainly not vegan, but if vegan food tastes so good, then I could definitely do it. 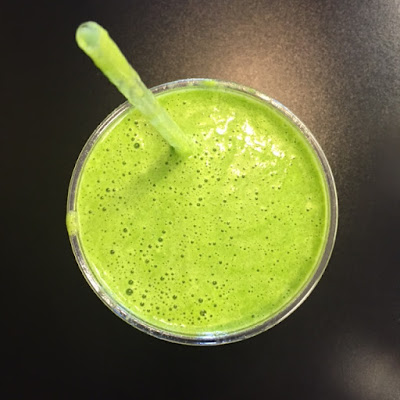 We started off with the cucumber detox smoothie. With cucumber, pineapple, apple juice, cilantro and kale, this was a perfectly refreshing summer smoothie. I could almost feel my body absorbing nutrients and detoxing. 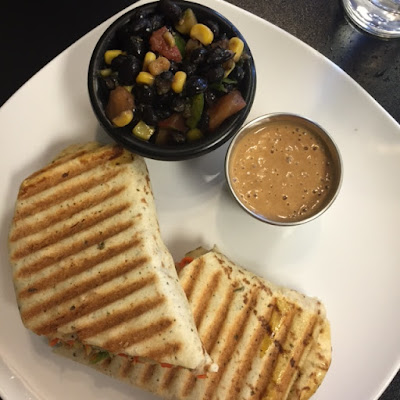 Next up, I ordered the Asian Vegetable wrap -- this was delicious and filled with finely cut veggies. It was quite literally steaming with each bite-- so so good. The peanut sauce was TDF-  I could drink it. The side salad was a little too salty, but I just skipped it. 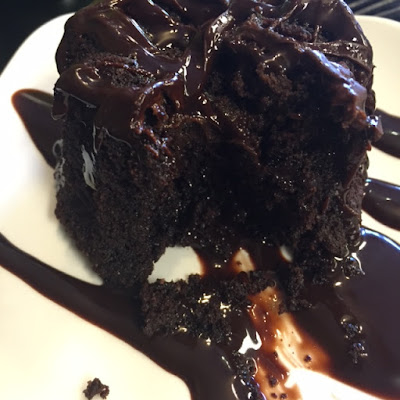 And finally, because I was feeling so VIRTUOUS after my vegan lunch, we decided to indulge in some vegan molten chocolate cake. Oh. My. God. This was as good, if not better, than a lot of non-vegan cakes. This was definitely the moment where I realized that if push ever came to shove, I could definitely be vegan (at least for a short period of time).

So, if you've been wanting to try vegan food, or are even remotely curious, I recommend Flaming Ice Cube. Its the kind of vegan meal I imagine Bey and Jay eat when they do their 22-day Revolution Vegan Diet. So go ahead, channel Bey and Jay. You know you want to.

Posted by CLEshopaholic at 8:08 AM

Oooh, always looking for good vegan fare. I'm not a vegan, but it makes me feel healthy to try, haha.