Is My Search For The PERFECT Work Tote Over?

I love bags. Its really not a secret. I love bags the way I love jewelry, which is to say its an obsession. I've been obsessed with finding the perfect work tote for a while--- something that is large enough to carry all my stuff, but stylist enough that I don't feel awkward taking it out to lunches or meetings. I'm happy to say that I believe I have found such a tote, on kickstarter!!

Introducing, the Leoht [lay-oat] tote: not only is a a leather tote, but it has a built in battery to charge your smartphone or tablet, interior lights so you're not digging in the dark cavern of your bag, a hidden alcove to keep your valuables, and that's only a few of its incredible features! 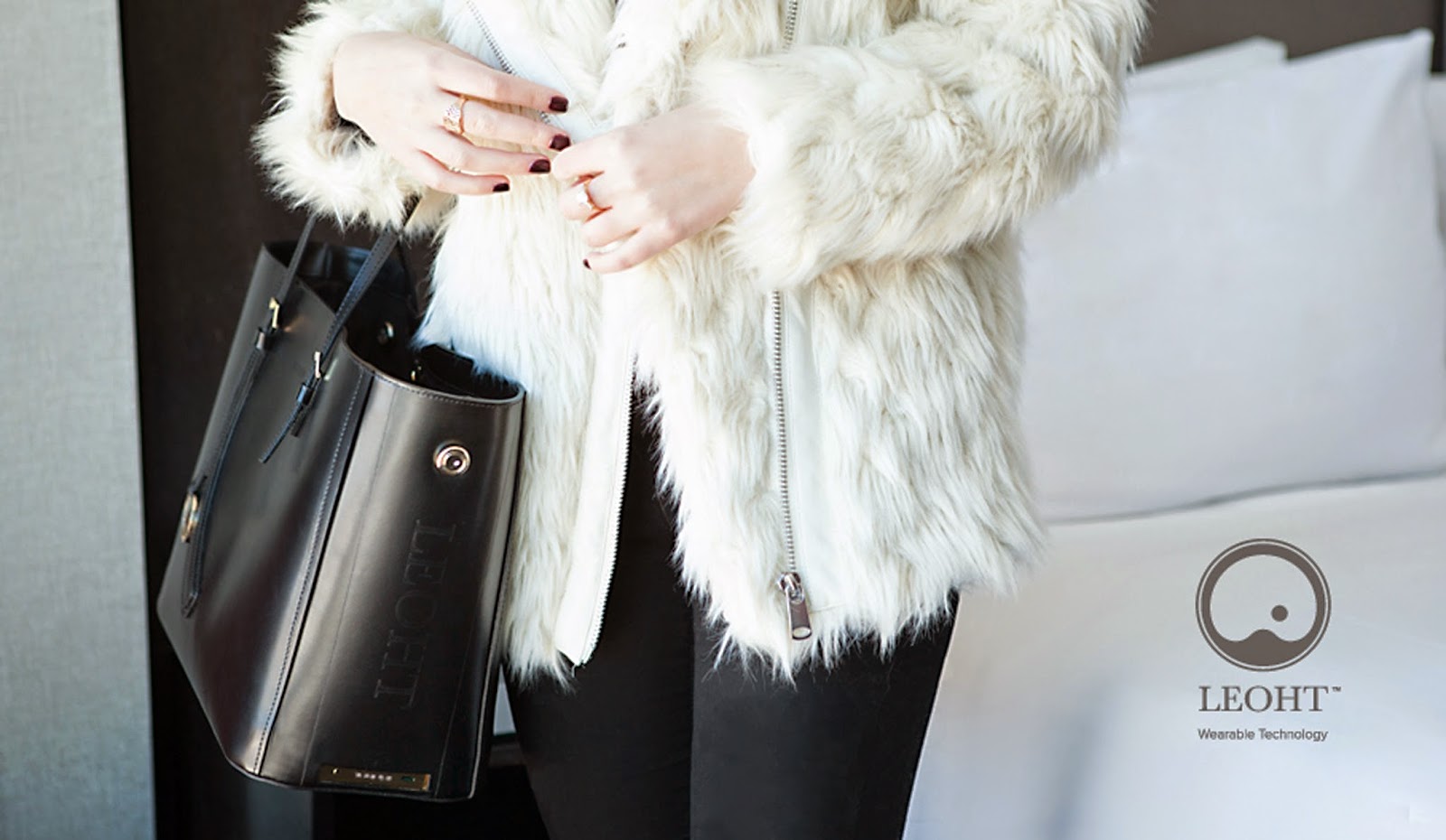 I had an opportunity to interview Co-founder Carnise and designer Gabrielle to learn a little bit more about them and how they came up with this incredibly product.

Carnise was born and raised in the Midwest. Her background in Graphic Design and Communications led her to Apple, and to freelance work in graphic design. In 2014, Carnise co-founded Leoht, a wearable technology company. They debuted in January at CES and Refinery29, in the company of Ringly, and are currently fundraising via Kickstarter to launch their debut line: The Seed Collection

Gabrielle was born and raised right here in Northeast Ohio-- she grew up in Solon/Chagrin Falls, and graduated from The University of Cincinnati. In her prior career, she was a designer at Coach, and she joined Leoht seven months ago.

Like me, Carnise believes that "you carry your world in your handbag" and designed this bag to truly be one with your life. I mentioned some of the features already, but you should definitely check out the video that talks about all its features in greater depth. I watched the video and literally could not sign up to fund this fast enough. The early bird backer level gets you your very own tote (height 11.2in x width 16.2in x depth 6.75 in) at $149-- an amazing deal for a leather bag alone! Add in all the extras and its a steal!! Oh, did I mention that the production team is committed to keeping the weight of the empty bag at or below 2 lbs?! The early bird backer is at limited quantities, so sign up as soon as you can. Oh, and did I mention that its a Kickstarter Staff Pick? The project must reach its funding goal of $100,000 by April 11th, and they're over half way there.

I am seriously so excited to receive this bag-- its the perfect balance of form and function. Future iterations include a micro satchel (that I'm VERY interested in), and a hobo/backpack-- I can't wait to what comes next!!

Disclosure: I funded this kickstarter campaign at the early bird backer level. I really really hope this is successfully funded because I REALLY want this bag come fall!

This is life changing!