This past Saturday was exactly two weeks since we said goodbye to our beloved Otto-- Nick and I miss him terribly, and honestly, our house has been unnervingly quiet with just Clair. I didn't realize just how loud Otto was with his breathing and grunting and snoring LOL. In any case, over the past two weeks, Nick and I had been trolling Petfinder for male boxer pups to rescue. We weren't in a hurry, but were certainly open to the right pup.

And then on Friday afternoon (right after lunch with my friend Lisa, who gave me a beautiful good luck charm), I got this text "There is a boxer puppy available in Eastlake. His name is Otto".

I don't know if you know this about me, but for someone who is typically very logical, I can be incredibly superstitious at times. If there ever was a sign from the universe, SURELY this was it.

At 11:50 am on Saturday, March 28th, we were first in line to see Otto at The Animal Rescue Center. We walked in, signed up, showed our ID, and were immediately led in the puppy-meeting area with Otto. Anyway, Otto was a wild man. He was running from Nick to me and back, trying to climb us, nipping us with his razor sharp puppy teeth (as puppies do)-- one look at Nick and I knew Otto was not coming home with us. I asked the volunteers to bring in another puppy-- Ozzy had caught my eye. Otto and Ozzy wrestled for a while, and we noticed that Ozzy was definitely much bigger than Otto. We asked to spend some alone-time with Ozzy and he immediately jumped into Nick's arms and started giving him kisses. And I knew that Ozzy would be coming home with us.  By 12:35 pm, we had filled out our application, paid our adoption fee, and were on our way home. We renamed him Webster Slaughter Faehnle, and the rest, is history…. 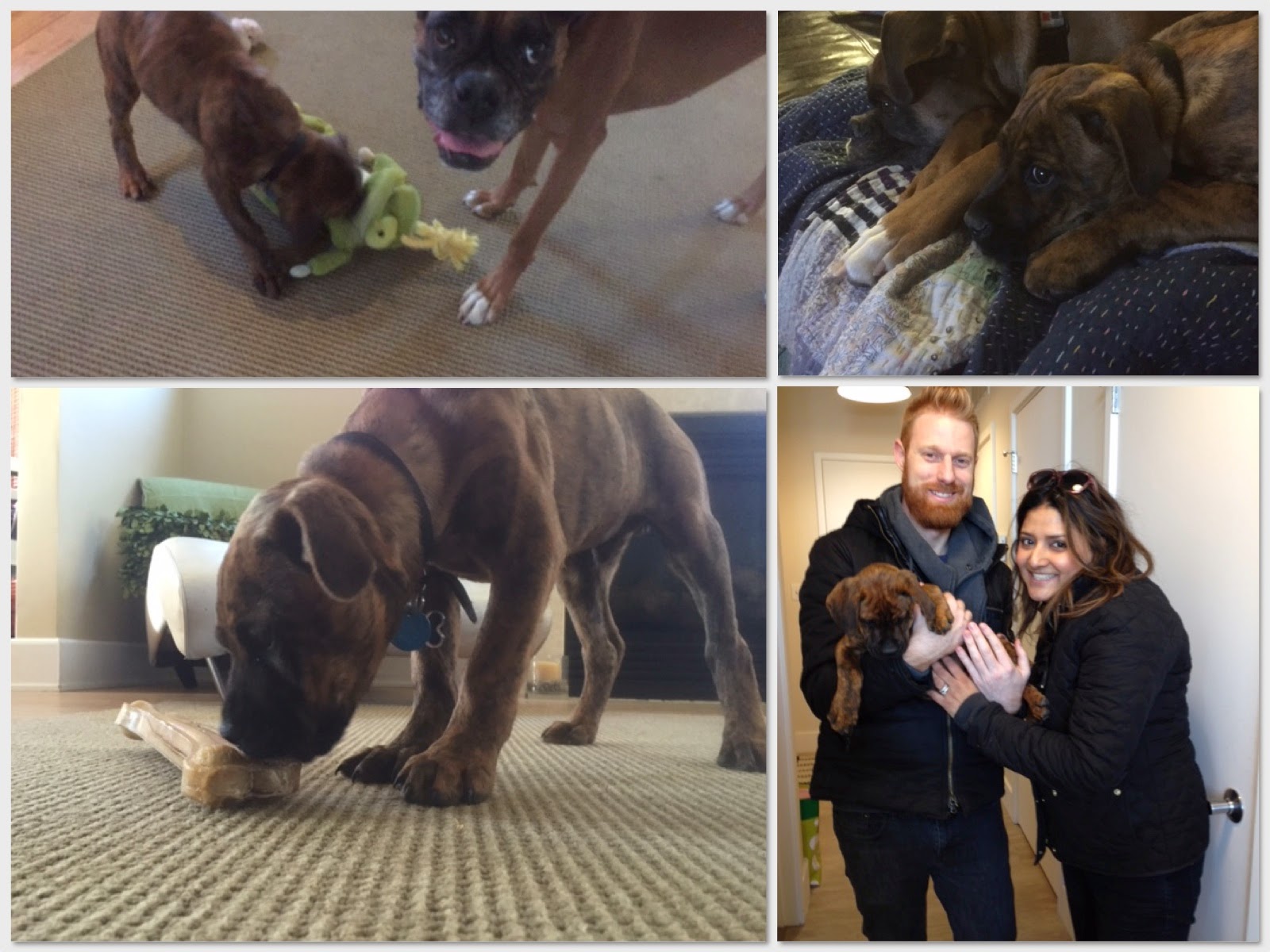 Here's what we know about Webster: He's estimated to be 12 weeks old, and he and his siblings were rescued from a pound in Athens, Ohio. He's definitely part boxer, but we have no idea what the other half of him is. He is as sweet as can be, and is ridiculously smart. He has HUGE paws, so we're guessing he's going to grow up to be a pretty big dog! Clair is an amazing big sister-- she's incredibly patient with him, and plays with him all the time.

We still miss Otto, and there will never be another dog like him, but we are back to being a family of four, and starting on a whole new adventure.


Posted by CLEshopaholic at 8:12 PM