SO, yesterday, AJP and I were part of the 20,000+ people that saw LADY GAGA LIVE at the Q. She.was.AMAZING!! Both AJP and I were of the opinion that Lady Gaga necessitated sequins. And we went SHINY. I have to be honest, it was more than a little awkward walking down St.Clair and W 6th dressed the way we were at 5.00pm. 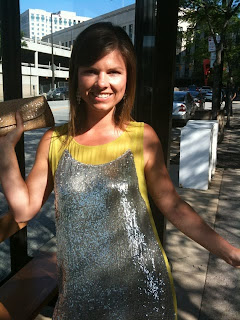 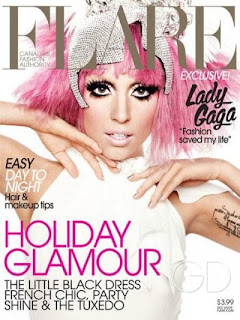 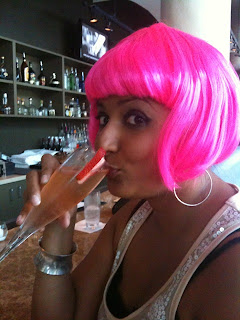 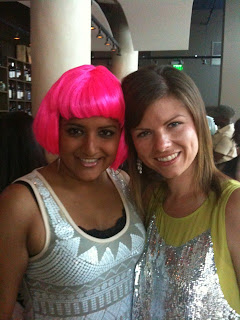 Anyway, after a super yummy dinner at Chinato (review coming at a later date), we headed up to Harry Buffalo for some drinks. I LOVED seeing all the fun costumes!! It was like a mini-Halloween on E 4th! 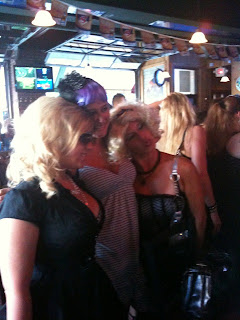 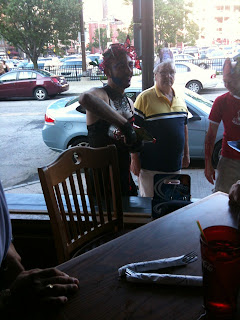 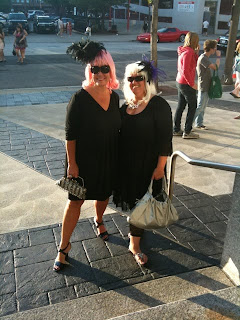 Then it was time to go in. After an opening performance by Semi Precious Weapons, it was GAGA TIME!!

She was so.ridiculously.good. Seriously, this concert is so much more than its advertized to be.

This one's for you, JV. We missed you. And, this is my new favorite GAGA song.

I absolutely don't have the words to describe how much I loved this concert. She left me speechless!!! Do you have any idea how difficult it is to do that?!?!?!?!

I will end with this: Before the concert, I liked Gaga. I had a few songs on my iPod, but I was no way near fan enough to even buy her full album. After yesterday, I'm trying to figure out when I can see her again (there's 2 concerts in Pittsburgh and 1 in Columbus between now and April 2011. Just saying). I can't wait for her to release her next albumn and launch her next tour!!!
Posted by CLEshopaholic at 7:57 PM

Email ThisBlogThis!Share to TwitterShare to FacebookShare to Pinterest
Labels: gaga for GAGA

I've saw her earlier this year in Detroit and my friends and I had a blast again. Although, there were a lot of 50 year olds with their husbands in our section. They didn't know the words and sort of just sat there. In Detroit, we were on the floor and it was a bit more crazy.

Allison, you want to go to Columbus with me in march? ; )