This Weekend in CLE (part 2)

When I last left you, clefoodgoddess and I had finished dinner, and were on our way to Tower City Ampitheater, because I ended up winning tickets to the Goo Goo Dolls courtesy cleveland.com !!! And to top it off, they were VIP!!!!! 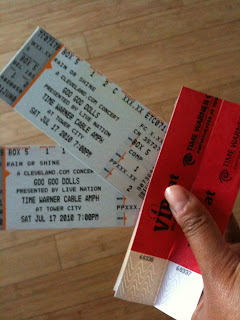 The VIP tickets included comfy padded seats, in-seat bar service, free parking, and access to a special VIP area that had air-conditioned bathrooms (instead of the port-a-potties). 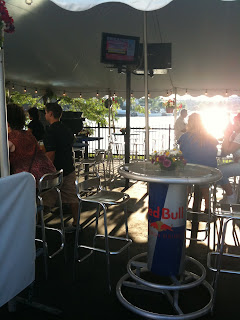 Look, there's even flowers on the table! 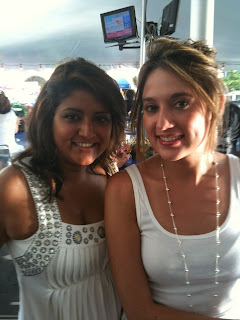 clefoodgoddess and I in the VIP lounge 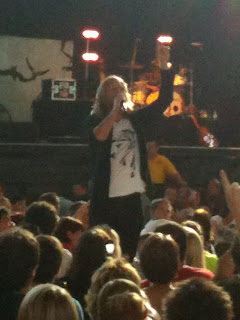 Switchfoot was the opening band, and the lead singer actually sang in the crowd, and ran all the way to the back! Who does that anymore?!
Then it was time for the main event:  Goo Goo Dolls!! Obviously, it was a complete contrast to Lady Gaga earlier in the week, but it was a really good concert, the MASSIVE thunderstorms notwithstanding! 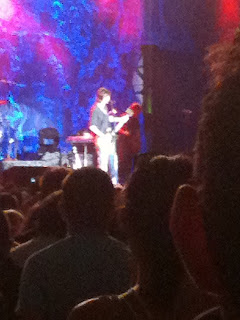 John Rzeznik
Sunday Funday was celebrated with the Taste of Tremont. If you've never been, its usually held in July, and Professor Street is shut down to traffic so all the Tremont restaurants can showcase their food. There's also other vendors selling jewelry and t-shirts and stuff like that, but the food is definitely the focus. 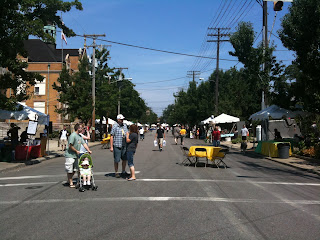 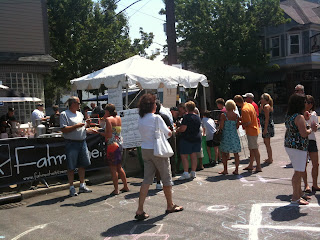 This year, we FINALLY tried the pierogis at Sokolowski's; I kinda hate to say this, but I can't wait for to go here in the winter and soothe my winter blues with their amazing comfort food! We also tried the booth at Dante's, and N got his usual cheese-steak at Fahrenheit. We had the puppies with us, so we spent a bunch of time at Flying Monkey and Edison's trying to cool them off with ice-water.  It was so ridiculously HOT, that 5 hours later, I had to throw in the towel and retreat to our airconditioned home. Poor Clair has now developed a cold, so we're going to be at the vet's office tomorrow!
Posted by CLEshopaholic at 7:48 AM

Email ThisBlogThis!Share to TwitterShare to FacebookShare to Pinterest
Labels: fun things to do in Cleveland, I WON, Ilurvefood, summerlovin